"Xunfeng" is a kind of vanilla, and "Xunfeng" is fragrant wind.Because the pavilion was built at the beginning of summer, surrounded by pleasant fragrance, so the name.

In 1932, He Yuanwen, the first mayor of Changsha, took office and decided to rebuild the open space north of Tianxin Pavilion into a children's health park.The park is surrounded by a wooden fence and trees are planted along the fence.The park has four small gardens, three flower terraces and seven cement chairs.There are also swings, slides, cradles, nicknames, rings and so on.A classical wooden pavilion, named the fumigation pavilion, was constructed on the northwest high hill.The wind, from Shun "song of the south wind" in the "south wind of the smoke Xi, can relieve my people's discontent;When the south wind Xi, you can Fu my people's wealth Xi ". 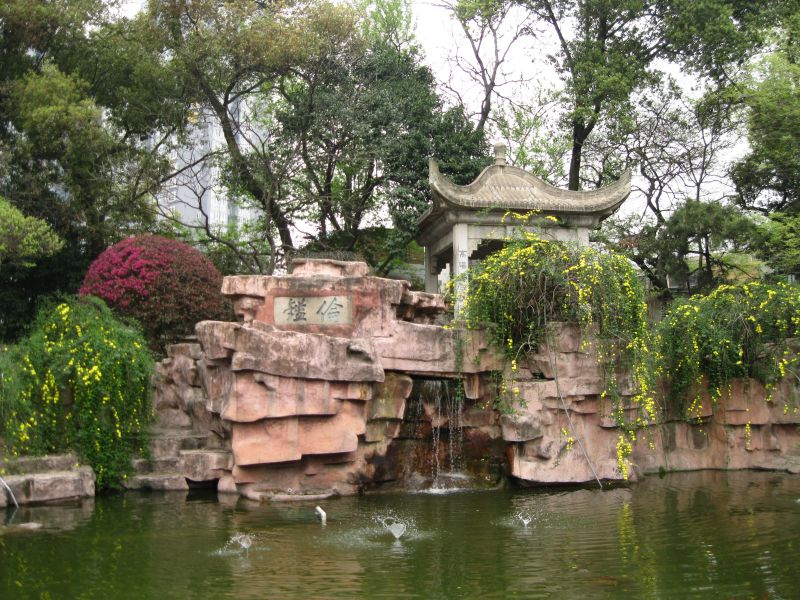 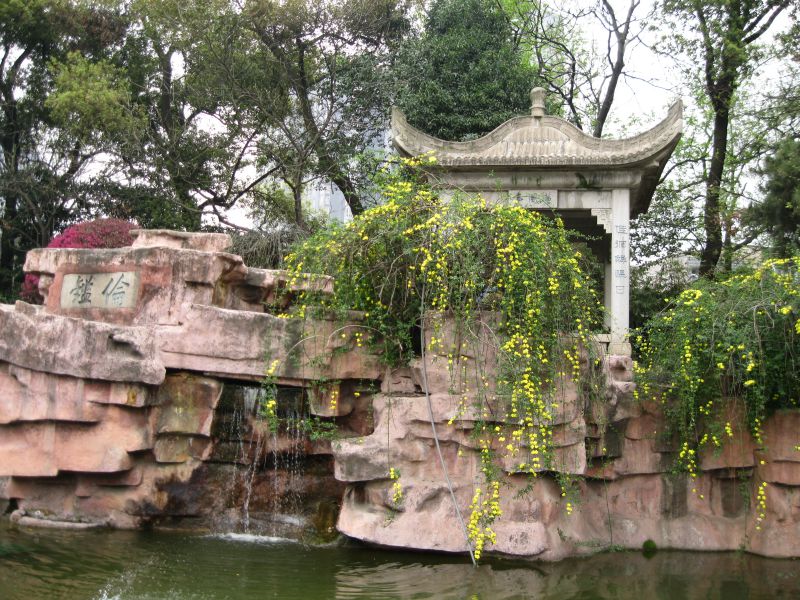 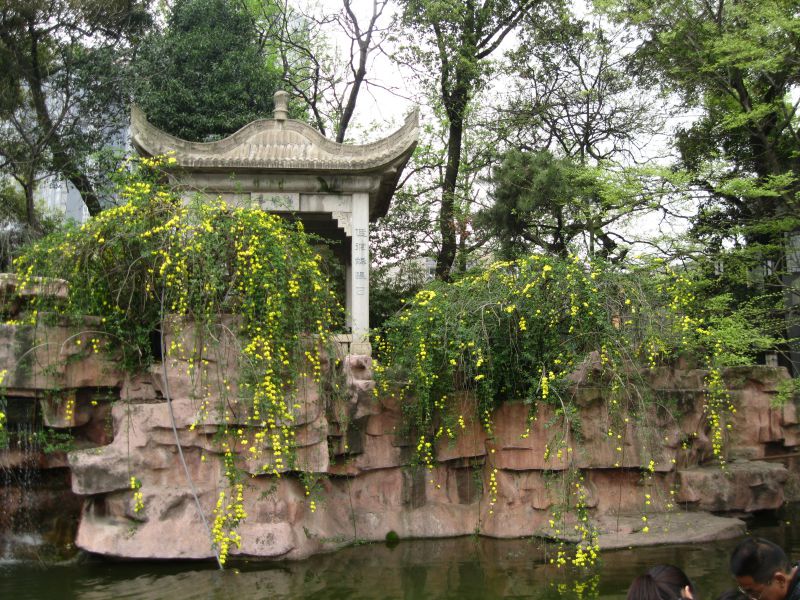 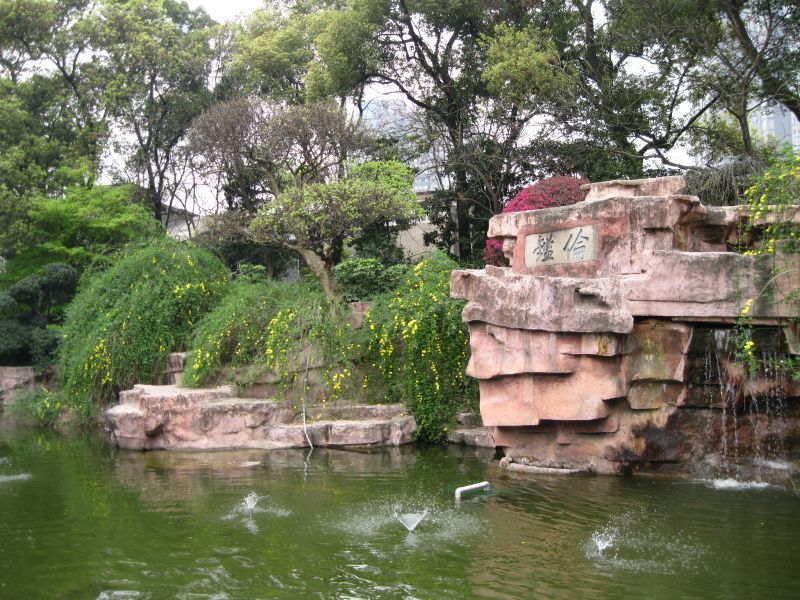 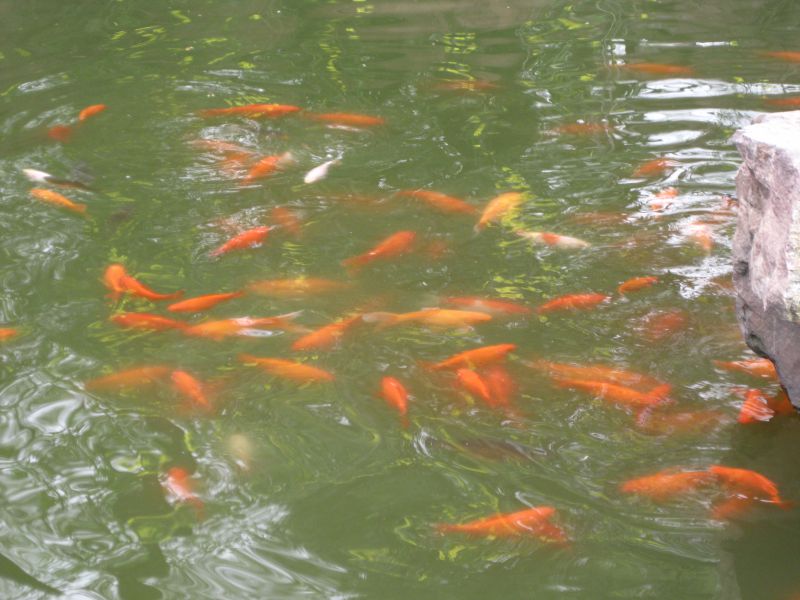 At that time, the country was beset with difficulties and people's livelihood was poor. People expected to have a good social environment, so that children could grow up healthily and become the pillars of the country. This may be the ardent expectation of the name of the park.The pavilion is engraved with a Mr. He Yuanwen composed of the "Wind Pavilion" ② and a pair of couplets, coupled with clouds: "He Yun boy is ignorant, but look to the city, all is naive and lively;Don't forget to play in the garden while you wait for fame and success.This pavilion destroyed in the "Wen Xi" fire, "remember" also did not exist.

In 1987, the park rebuilt the pavilion on the original site, which is an all-granite structure.Engraving column: "Low templative days;Sing Fu people day, it may be said that the old name gives new ideas, ancient rhyme flow today.On the east side of the pavilion, a pile of red stone wall stands beside the pool, engraved with the Chinese character "Lun Jian", meaning the water in the pool is like a mirror.Spring jasmine fiber hanging stone wall, pavilion shadow reflection pool.Pavilion often hear the Beijing Opera Fei Yi, laughing frequently.Pavilion weeks green grass, magnolia, cedar towering, four seasons between flowers, fragrance bursts, full of interest, comfortable.

① He Yuanwen (1890-1986), the first mayor of Changsha.The word little tie, evening call bamboo zhuang old man.Liling people.In 1911, he went to Changsha and was admitted to the First Legal and Political School.In 1918, he entered politics and served successively as director of anti-smoking Linxiang County, magistrate of Zixing County, magistrate of Hengyang County, acting director of Hunan Provincial Construction Department, and director of the First Textile Factory of Hunan Province.In 1930, he was transferred to Changsha Municipal Preparatory Office and served as the chief of the bureau. He prepared for the transformation of Changsha into a provincial municipality and the establishment of a municipal government.In 1932, Changsha Municipal Government was established and he served as mayor. He resigned in the spring of 1938.In this nine years, Changsha municipal construction of many measures, quite won the political voice.During the War of Resistance Against Japanese Aggression, he served as the director of inspection of the Ministry of the Interior in Chongqing. After the victory of the War of Resistance Against Japanese Aggression, he returned to Changsha to engage in financial work.In 1950, he went to Hong Kong and then to Taiwan. In his later years, he concentrated on reading and reciting Buddhism. He died at the age of 96.

Yu long changsha municipal months already, as impressive as pavilion east vacant land, Ju * king park for children, planting flowers and trees, in the fan to bar walls, all the children enjoy the dwelling movement have how, garden northwest has Gao Fu, on which to structure pavilion miscellaneous tree ring Yin, verdant, completed in the sweltering summer heat, embalm the wind tossed, by name, has stolen solution best YiZhu ideas are the work of cloud ear.