Chonglie Gate was built in 1946 for the soldiers who died in the three battles of Changsha during the Anti-Japanese War. It was built by Chiang Kai-shek, Chen Cheng, Zhang Zhizhong and others with donations. It is a memorial arch-style building made of flesh-stone, 8.5 meters wide and 5.9 meters high.

Chong Lie door in the middle of a pair of couplets for "swallow Hu Jian, Yong Wei Shan River", "Jia" for an ancient ethnic name, because of the belief in Hu Tian, so called "Hu Jian", attached to the Xiongnu, here refers to the Japanese invaders.Nearby is a sign in seal script that says, "I am in trouble and forget my death. I want more than life."Here "forget" the word read "Wang" sound, for the old read, is to forget the meaning.The upper and lower couplets are from Chinese classics, and the top couplet is from the Book of Changes: "It says that by our ancestors, the people forget their labors; by troubles, the people forget their deaths."The next couplet is from "Mencius · Gaozi Shang" : "Life is also my desire, desire more than living, so do not get it".Shanglian means: risk and forget life and death, refers to the country, regardless of personal danger;The meaning of the union is: ideal is better than alive, it means the ideal is supreme, would rather die.These two pairs of couplets to the soldiers of the Anti-Japanese War brave to fight, to protect the national integrity of the spirit of dedication to give a high praise.

Destroyed during the Cultural Revolution, the Chonglie Gate was restored and rebuilt in 2006 with reference to old photos. 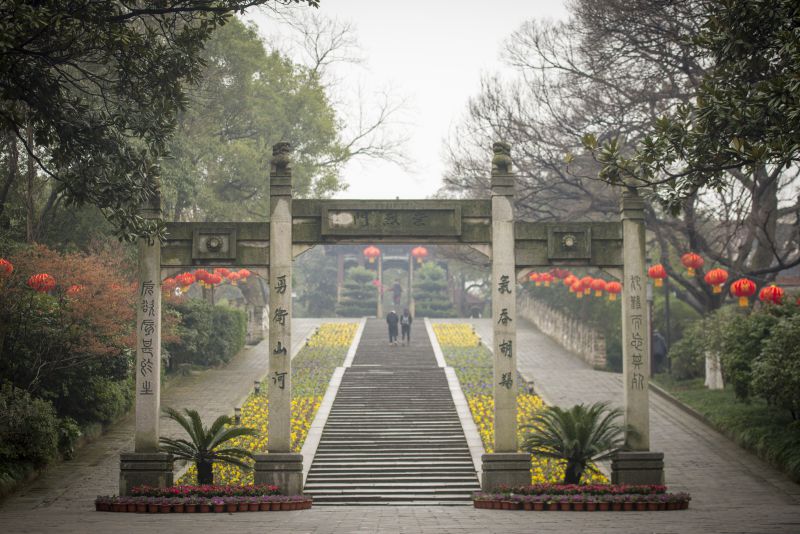